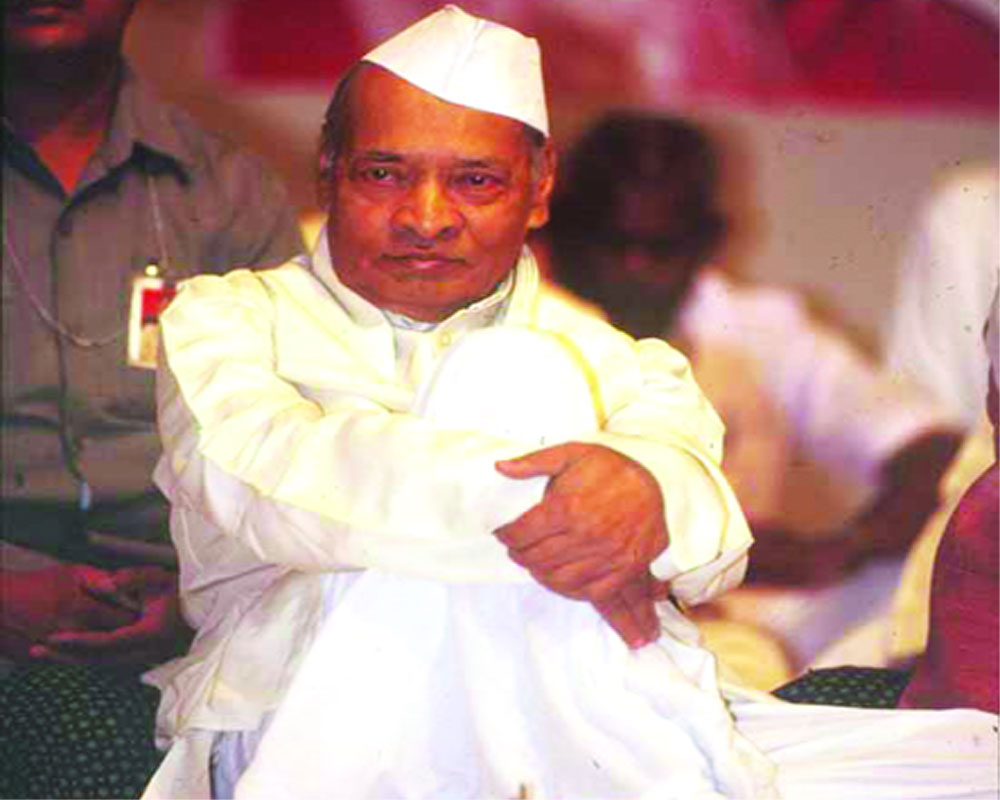 Better late than never, goes the adage. But with the Congress, the retrospective correction of history, in no small part aided by the political necessity of ridding itself of a dynastic trap, is just too late to be sincere. After years of pushing him to oblivion, simply because his individuality outshone his identity as a Congressman, the party officially acknowledged former Prime Minister PV Narasimha Rao as one of its luminaries who had contributed to the nation. The occasion was the 29th anniversary of the then Finance Minister Manmohan Singh’s path-breaking budget of 1991, which liberalised the economy, opened us up to the world market and birthed the big bang moment for our millennial dreams to soar. Of course, Singh is grateful to Rao for having trusted him with what was then a big experiment and rightly described him as the “father of economic reforms.” But what surprised everybody was how Congress interim president Sonia Gandhi lavished praise. Not only that, the party will also hold year-long celebrations, commemorating Rao’s birth centenary on June 28, 2021. Clearly, the Gandhis now want to underplay their dynastic entitlements and transgressions, at least in the public eye. Particularly at a time when they are staring at an exodus by the younger breed, who want to change the Congress’ legacy from unquestioning subservience to independent performance. By crediting leaders outside the family pantheon, they want to convey that they are not averse to intra-party democracy or sharing leadership roles, though all their actions so far have run antithetical to their claims. One just needs to spool back the tapes to recall how the same leadership neglected and condemned the man they now call change-maker. He was criticised for mishandling the Babri Masjid demolition with Gandhi courtiers saying a “Prime Minister” from the family wouldn’t have allowed it while his efforts for a solution on the temple issue were under-rated. And though Rao’s reforms transformed India, at the AICC session in 2002, the economic resolution was changed at Sonia’s behest, saying they were actually a brainchild of the late Rajiv Gandhi and Rao and Singh had merely translated that vision. Rao suffered this indignity as everyone knew how difficult the practicalities of implementing this huge step would be in a country like India and across its States, the logistics and rationale of it, none of which Rajiv Gandhi imagined. Rao created the compact command cell we know as the Prime Minister’s Office (PMO) today and exposed the hawala scandal, which maligned big political leaders across the nation and some Congress courtiers like Madhavrao Scindia, Kamal Nath, Arjun Singh and VC Shukla. He never had political ambition and so never believed in being a supine bystander in the dynastic court. That’s why he had to suffer the humiliation of a pariah, accused of going slow on the Rajiv assassination case and shortly before his death, being heaped with allegations of corruption. Such was the uneasy relationship between Sonia and Rao that even in death, the latter was not cremated in Delhi or honoured with a memorial like past Prime Ministers. So it is difficult to be convinced about Sonia’s words of appreciation, “P V Narasimha Rao was a much respected national and international figure. The Congress party takes pride in his many accomplishments…most scholarly and erudite personality who…became the Prime Minister at a time of grave economic crisis.”

But then the Congress has run out of options and is desperately looking for ways to blunt its naysayers. The immediate political context seems to be Telangana, where Rao is revered and respected. And with the BJP looking to find a foothold, the Congress doesn’t want it to appropriate his legacy, the way it has Sardar Patel’s. Or send a message that the high command is against acknowledging regional leaders. This way it could neutralise Telangana Rashtra Samithi, which has built its constituency on Telugu pride. At the national level, considering it has foregrounded Manmohan Singh to attack the Narendra Modi Government’s economic policies, it is hoping to shine up past glories of Rao, and by extension the Congress, as the architect of reforms that gave India direction. It is another matter that if associations could restore trust, then the Congress wouldn’t be withering the way it is now, but at least it is using the right halo to challenge Modinomics. Or is it that Rao’s critics among the old guard have died and ironically two of his closest loyalists, Manmohan Singh and Jairam Ramesh, are Congress advisors and forcing a re-assessment of the party’s real achievements? Or now that the temple at Ayodhya is a reality, with the highest court of the land going by emotion and faith over historicity, and with Babri Masjid hardly investable as political capital, Rao is free of guilt posthumously? But the big question that the Congress must answer is what it intends to do at present, considering it is showing some willingness to learn lessons from history? It could begin by holding basic organisational elections, the opportunity for which was provided by Rahul Gandhi quitting leadership last year and retreating to Wayanad. That would settle the many leadership tussles and ambitions that are tearing the party asunder. A leadership role must be backed up by the candidate’s grassroots hold, capabilities and electoral mathematics and not by his/her association with the Gandhis or supplication to the existing oligarchy. The Congress can accuse the BJP of being a rabid predator all it wants but who is to blame really? It may dust relics of the past but right now it needs to take the present along if it doesn’t want to bite the dust.

Similar Posts From The Pioneer Category

Where India stands after the Pulwama attack