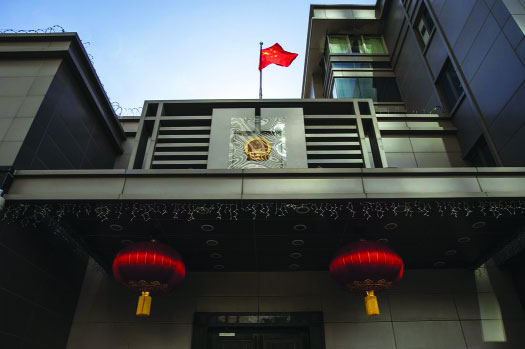 During the Korean War in the early 1950s, the US came extremely close to dropping a nuclear weapon on China. In fact, had the then American President, Harry Truman, not fired General Douglas MacArthur, the maverick would have left north-east Asia in a decade-long nuclear winter. But America did not nuke China. Instead, ever since the Sino-Soviet split in the late 1960s, the US has worked towards economically empowering the Middle Kingdom in an attempt to weaken the hold of communism. As such, the Communist Party of China (CPC) is “communist” in name only, overseeing a capitalist empire, thanks to the US and its preferential trade agreements, all of which helped it nurture ambitions of a global conquest. With China now challenging the US, it appears that much like the Taliban, the US has nurtured another monster, the CPC.

However, unlike the Taliban, this monster is one that America will have to fight sooner or later. The CPC might be antagonising all its neighbours, particularly with its latest scrap with India, but the US knows that it will have to tame the dragon. America’s move to shut down the Chinese consulate in Houston, alleging that it is a spying centre, is drastic and will escalate the already deteriorating ties between the two. Houston is the nerve centre of the US’ space programme and with America making its intentions clear about returning to the Moon and going to Mars, China is keen to keep a hawk’s eye. Of course, China ordered the closure of the US consulate in the south-western city of Chengdu as a result but the US’ crackdown on China — not only on the trade front but particularly on spying as well as militarily — is almost certain to pass on to the next administration even if Democrat Joe Biden wins the November 2020 presidential race. Much of this is China’s own doing. Its President Xi Jinping’s supreme arrogance has led to previously neutral nations like India moving into the US sphere. There is no doubt that Xi wants to make China a global power but the world today is much clearer about his country’s intentions. India cannot cop out of this fight. It has to stand up for itself and readily back the US.

Nagging Insights from US Involvement in Vietnam and Afghanistan

Narendra Modi at the Shangri-La Dialogue: India’s Strategic Partnership with the US to balance security concerns

Modi-Trump summit: Before and After