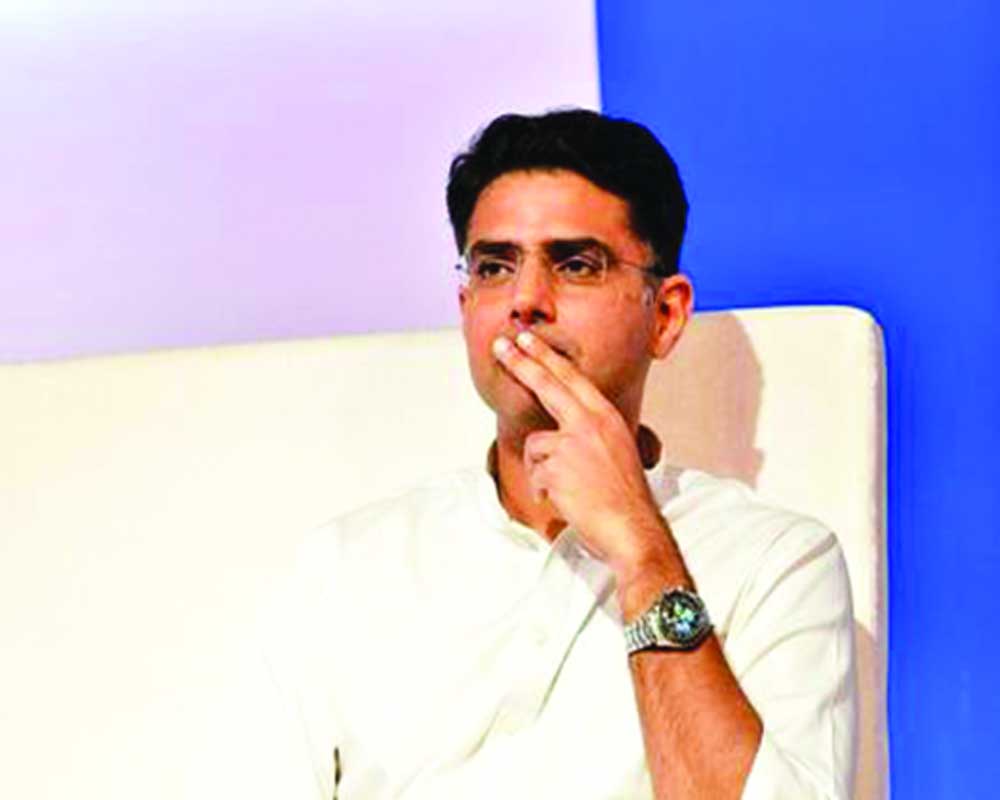 It doesn’t look like conditions are conducive for Sachin Pilot to continue as a Congressman for too long, leave aside in Rajasthan, which he had nurtured as his political karmabhoomi and for which he is claiming rightful accommodation. And if he is indeed disqualified or declared unattached, should the courts not be happy with his explanation on why he defied diktats for party meetings or why his dissent is freedom of speech, he would be out in the cold. But he’s not giving up the fight yet. Given the vituperative campaign mounted against him, it appears that while he may be a vote-catcher, he is not a power converter or as artful a politician as his rival from the old guard, Chief Minister Ashok Gehlot. The latter continues to have a hold on the legislators and the organisational matrix, something that had compelled the Congress high command to name him Chief Minister while making Pilot his deputy despite the latter shoring up the party’s tally across the State. Gehlot has been trying to drive Pilot away from the very beginning, limiting his powers. Then came the sedition charge, accusing him of trying to topple the Government in connivance with the BJP during the Rajya Sabha polls, although the Congress won that round. But it worked as a perfect trap with Pilot walking into it and declaring his freedom from imposed indignities. And now to make sure that his loyalists desert him in a fruitless and asymmetrical battle, Gehlot has released audio recordings of topple game plans between MLAs close to Pilot and the BJP. The party went so far as to name Union Minister Gajendra Singh Shekhawat in an FIR, saying it had his voice on tape. The Congress has suspended rebel MLAs Bhanwar Lal Sharma and Vishvendra Singh from primary membership, a clear signal to Pilot that his fate would be no better. Pilot still denies the overthrow attempts and says he is not joining the BJP but stacked up against a visible show of strength, has little legroom to defend himself. He may appear offensive but fact is Gehlot fuelled his impatience and instead of settling intra-party differences like the smooth administrator he is, let them fester. The CM has herded a majority of the legislators, promised rewards to them and threatened Pilot camp MLAs with disqualification, saying they would stand to lose. And with the police investigation and audio clips, he has managed to convince the Congress central leadership that Pilot had indeed overreached his ambitions to the extent of confabulating with the BJP. The stern statements endorsing Gehlot’s line of argument coming from Central emissary Randeep Singh Surjewala is proof enough that Gehlot has again been able to leverage numbers to justify his continuity as a chieftain. This despite certain reconciliatory voices of senior leaders and the Gandhi scions who held off Pilot from making a rash decision. Gehlot has also made sure that by embarrassing and calling out the BJP, which was attempting a subtle kind of Operation Lotus, and weaning away some MLAs off Pilot, he looks less attractive as an investment.

The Rajasthan imbroglio shows why the Congress will always be a party of status quo since its old hawks, who have been allowed to unquestioningly harvest their own fiefs while humouring the central leadership, will simply not allow any scope for improvement or inspire the young to take over the baton. If any paratrooping attempt is made, then they threaten rebellion and given the years of familiarity at the local level, they have a far stronger federal appeal and strength of personality to fall back upon. Ask Pilot, who has made inroads but his appeal is just incremental to the resources of Gehlot. He is still a challenger to the chieftain. It shows that even the younger Gandhis, Rahul and Priyanka, have no say as Gehlot went ahead with his belligerence despite their warnings. Gehlot can easily turn himself victim of the younger dynasts, claiming he has always pledged his loyalty to them. And since the States are mostly with the old guard, even Rahul and Priyanka are not confident of swinging things their way and assuage the ascendant ambitions of the younger lot. The Young Turks are no longer young, now in their middling 40s and 50s, and are desperate to register some career benchmarks than continue to be faceless foot soldiers. And given India’s changing political landscape, the dynamism of younger federal leaders and a more performance-driven verve in public discourse, they just don’t want to wait in a queue. The old hawks are 60 plus themselves and had actually seized the reins of leadership quite young. So they will never understand this angst. Perhaps that’s why Rahul himself, frustrated at 50, had stepped down as party president last year. Yes, the old guard wants Rahul back as leader, not for any altruistic reason but simply because the old warriors want to use his surname to shield themselves from taking responsibility for the party’s falling fortunes. As for Pilot, he has to lie low for a while than seem power-hungry and even with his own outfit, clustered around prominent Gujjar votes, he would still have to, at some point, deal with the BJP. Then he would have to forget chief ministership for 2023 as BJP has no less claimants. Meanwhile, the Congress may be missing the woods for the trees. Trees which stand despite being reduced to stumps.

Revealing The Truth Behind The Cambridge Analytica Scandal

US to remove India from a “preferential list”: What does it mean?