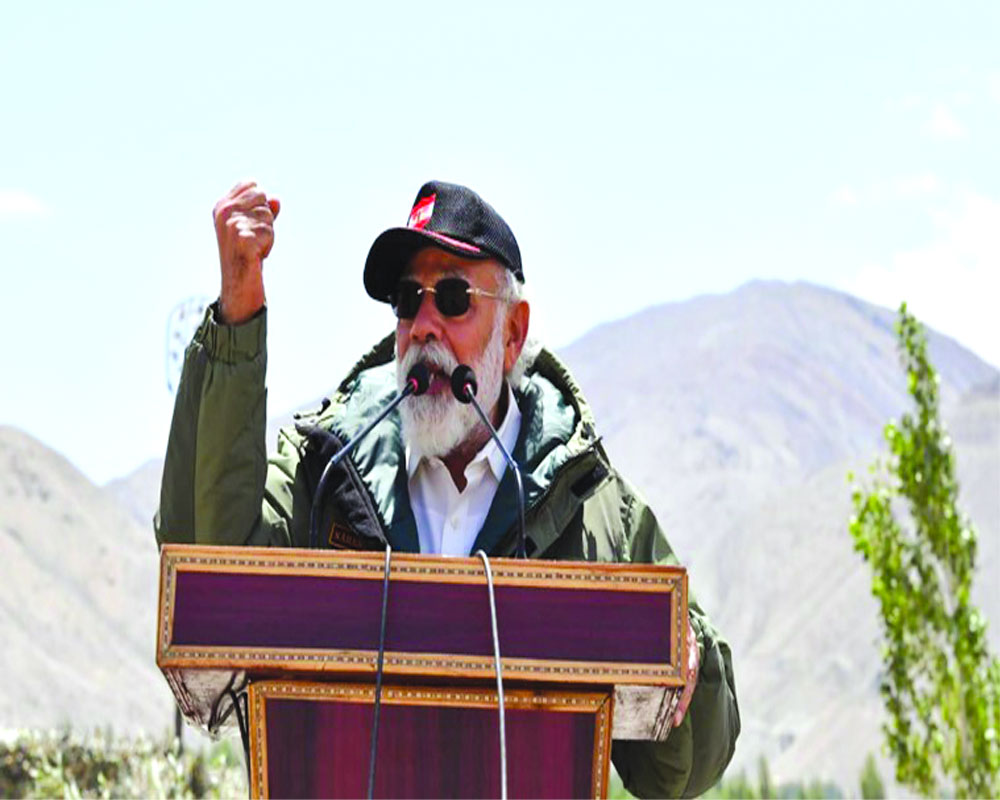 Now that India has sent a strong message to China and the rest of the world that it will not put up with any kind of bullying, we must Galwanise ourselves to deal with a hostile neighbor

Prime Minister Narendra Modi’s strong message to Beijing from Ladakh some days ago and the global support he has garnered for calling out China’s belligerence marks a much-awaited change in India’s approach to the coercive tactics of this troublesome neighbour. China’s attempt to re-draw the boundaries in the Galwan Valley last month is only the latest in a long list of such incursions it has resorted to. While the brave soldiers of the Indian Army challenged the People’s Liberation Army (PLA) men at the site, one has not seen similar assertiveness among Indian politicians, especially in the past.

This is something that is going on from the days of former Prime Minister Jawaharlal Nehru, who seemed to have some totally impractical and unrealistic notions of friendship with China. Strangely, he believed that ties with our neighbour would improve with the passage of time and, therefore, he went out of the way to build bridges with that nation. This included his eagerness to see China as a member of the United Nations Security Council.

However, China has never really reciprocated. It has shown no inclination to resolve border-related issues so that there be any finality to the demarcation of territories. It has preferred a Line of Actual Control (LAC) to a regular border as the vagueness of the description of a line separating the two nations enables it to nibble away at land on our side. It has kept the pot boiling for over seven decades. Apart from this, China has, over the years, befriended Pakistan, supplied it with arms and aided its nuclear weapons programme. It has also turned a blind eye to the terror factories that are run by Pakistan to wage a proxy war against India.

What does all this amount to? The truth is that China is an enemy nation and the Chinese Communist Party (CCP) is an enemy organisation, as noted lawyer Mahesh Jethmalani has opined recently.

Prime Minister Modi’s ringing message from Ladakh, his Government’s firm resolve to ban Chinese apps and scrap many big projects, which were being awarded to Chinese companies, must have come as a shocker for our eastern neighbour. Never before had an Indian leader spoken and acted with such sternness. Modi’s declaration that “the era of expansionism is over” is a sharp message to China that it must change its ways. It is also a message to the rest of the world that India will not put up with this kind of bullying any more.

The Prime Minister reminded China and the world that expansionist policies tend to destroy humanity and pose a grave threat to world peace. History has also shown us that such powers, which believed in or attempted hegemonistic policies, have been destroyed or forced to mend their ways.

Modi’s reference to “expansionism” and its deleterious effects on world peace brought back the dreadful memories of World War II. Modi was telling the world, without naming China, that that country, too, was behaving in a crazy way, with confrontationist policies towards many nations.

Hitler’s expansionist policy made the Germans believe that they were invincible; that they could gobble up all the neighbouring nations; and destroy the UK, Russia and the allies led by America. Hitler began his hegemonistic misadventure with the invasion of Austria, Poland and Czechoslovakia. Then came Norway, Denmark and Belgium, Yugoslavia and Greece followed by Luxembourg and the Netherlands. When he invaded France and later, Russia, he had bitten more than he could chew.

Looking back, one can say that was an act of extreme arrogance by a nation which was convinced about its invincibility. China’s attempt to provoke India along the LAC comes alongside its attempts to challenge the maritime and sovereign rights of Japan, Australia, Vietnam, South Korea, Singapore and many other nations. The latest count says China has disputes with 23 nations, apart from going back on the promises made vis-a-vis Hong Kong and Taiwan. This is a reminder to the world of the reckless and irresponsible behaviour of the Nazis 80 years ago. Many nations, including the US, Australia, Japan, France and several members of the ASEAN, have been highly critical of China after India blew the whistle.

The Prime Minister also sent across two other very important messages from Ladakh — that only strength begets peace and that India has stepped up and will continue to step up development of infrastructure along the LAC. These are very significant messages indeed and are meant for the domestic audience, which has been made to believe that neighbours will reciprocate decency and cordiality for decades. This myth needs to be busted once and for all.

China’s response to the Prime Minister’s speech is laughable. After having set itself on a confrontation course for many months, the Chinese Foreign Ministry issued a statement, saying this was not the time to ratchet up tensions along the border. It said India should avoid a “strategic miscalculation” with regard to China. This is strange because the way the dice has rolled out, it is China which has made “a strategic miscalculation” on India.

The Chinese Army got a shock when Indian soldiers stood up to their bullying tactics at Galwan and gave them a bloody nose. Till today, China has not had the courage to tell the world the number of casualties it suffered at Galwan. This speaks a lot about the inner strength of that nation.

There comes a time in the life of every nation when it must say “enough is enough.” India must now get “Galwanised” to deal with a hostile China. It is going to be a long haul but what is a decade or two in the life of a nation? We are a nation of 1,350 million and in a couple of decades, we will be the most populous nation in the world. The time has come for the world at large and the Chinese in particular to absorb this fact. As the sociologists say “demography is destiny.”

While the talks are on to disengage at the border and the Chinese Ambassador has issued a placatory statement appealing to Indians not to view China as a “war-like” country, we should not lower our guard. As the Prime Minister has said more than once, we need not put up with those who cast an evil eye on us. Also, pusillanimity does not bring peace. Strength does.

Tibet gets back to work