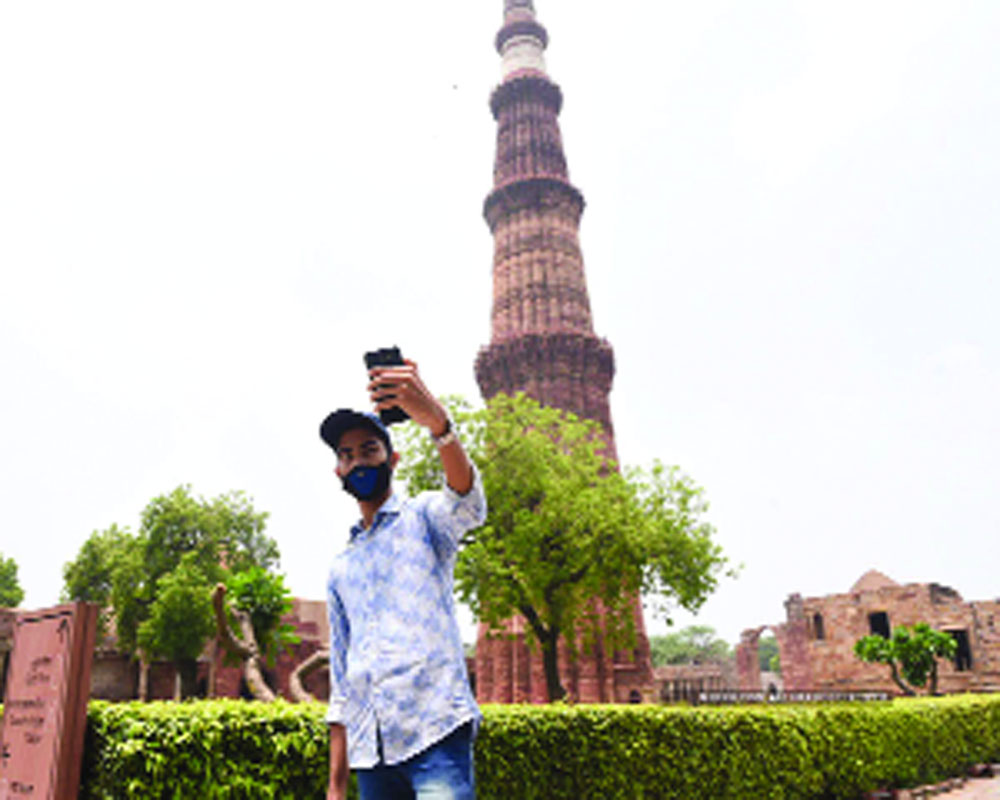 The Tourism Ministry has allowed the film industry to shoot at ASI sites and monuments. A good move to promote domestic travel

Like every other sector, the film industry, too, has started adapting itself to the new normal of a post-pandemic world. So though it sells dreams, fantasy and larger than life experiences on the big screen, filmmakers have now decided to restrict their cast and crew to local talent and shoot projects within the country in small, contained sets. And since Bollywood has so far thrived on the grandeur of locales and the panoramic outdoors — Yash Chopra’s romance with Switzerland being almost legendary — it is now going “vocal about local” as well, choosing unique backdrops at home. It is here that the Ministry of Tourism and Culture is chipping in to do its bit to help the industry that has used its soft power to promote destinations and cultures. It has allowed filmmakers to shoot at more than 3,000 Archaeological Survey of India (ASI)-approved historical monuments. It has also put in place a mechanism to fast-track requisite clearances from various Ministries and departments. To cite an example, locations involving archaeological sites in metro cities required clearances from the ASI, the Home Ministry, Ministry of Environment and Forests and several other departments in the metropolis as also the police and its traffic wing. In addition to this, scripts and locations had to be vetted in advance along with the specifications on the number of shooting days. Perhaps this has been one of the biggest reasons why our monuments and museums have never featured in films to the extent that story-tellers wanted them to. In comparison, foreign locales seemed attractive because of the local tourism boards’ incentives such as tax credits, cash rebates, refunds, fee-free location scouting et al. It took a pandemic for the Tourism Ministry to be rational about earning revenues. So it is now allowing single-window clearances, including facilitating some from various departments and States. Applications will be online and approvals may come within 15-20 days.

In the end, the locale is just a prop and packaging, what sells is content. While popular cinema in India has largely been aspirational, many of our contemporary hits have actually celebrated the local milieu. Be it Ladakh for 3 Idiots, Kashmir for Lakshya, Delhi for Rang De Basanti or Bajrangi Bhaijaan and the slew of small town stories around Lucknow, Allahabad, Kanpur and Jaipur, each city and town has emerged as a distinct character and layered the stories with heartfelt warmth. Qutub Minar, Taj Mahal and the fort palaces of Rajasthan have all featured prominently. But Shah Rukh Khan’s Paheli will be remembered for that scene at a stepwell in Rajasthan. If some unknown wonders and sites could be filmed, it would be the best campaign for domestic tourism. Not many of us will be travelling abroad anyway. As for Switzerland, there’s always our Northeast.

A Rendezvous with Rasika Dugal

Music and Development of Empathy in Children