Much Fuss on RBI Transferring Huge Surplus to GOI 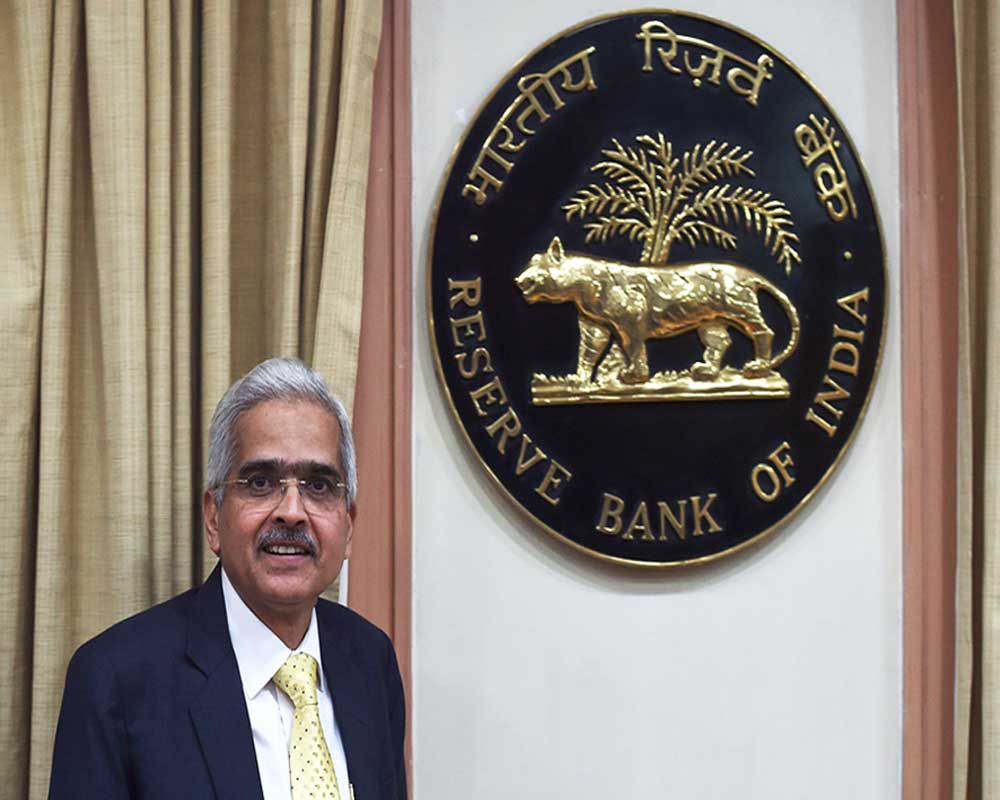 The tussle over surfeit transfer has clipped the Centre’s wings as in future, being bound to the Economic Capital Framework, RBI will continue to keep a tight leash on funds

On the face of it, the Reserve Bank of India’s (RBI) decision to transfer a whopping surplus of Rs 176,000 crore to the Government of India (GOI) for its accounting year July 2018-June 2019 gives the impression that the latter has got a bonanza.

While, some argue that the Centre has “stolen” a humungous amount from India’s apex bank, which manages the currency and payment systems as also the borrowings of the Centre and States, others aver that this is easy money which the Centre will use for bridging its fiscal deficit. The reactions are exaggerated.

Out of Rs 176,000 crore, the Union Government had already received Rs  28,000 crore as interim dividend (announced by the RBI is February, 2019) which was accounted for in its financial year (FY) April 2018- March 2019. Minus this, the amount it will receive during the current FY is Rs 148,000 crore. Further, in the Union Budget for 2019-20, the Finance Minister had accounted for Rs 90,000 crore as receipt from the apex bank while projecting its total receipt and expenditure and the resulting fiscal deficit for the year. So, the net accretion, or bonanza as many prefer to call, is just about Rs 58,000 crore.

This amount does not even fully cover the Rs 70,000 crore that Nirmala Sitharaman has promised to give upfront during the current FY as yet another dose of recapitalisation to Public Sector Banks (PSBs) to enable them to resume lending on the intended scale and help revive the sagging economy. Significantly, the promised Rs 70,000 crore recapitalisation fund is on top of the Rs 250,000 crore already given in the last four years to PSBs under project Indradhanush, to shore up their capital.

So forget about any help in making up for the massive shortfall in tax revenue (considering that growth during 2018-19 was a mere six per cent and the current FY may end with a deficit of Rs 100,000 crore plus) or clearing deferred payments on major subsidies on food, fertilisers and fuel (about Rs 140,000 crore) as is being speculated in some quarters.

Look at things from the RBI’s perspective. The transfer of Rs 176,000 crore is in two parts. First, Rs 123,000 crore is the surplus generated from its operations which saw a huge increase during 2018-19 and is being transferred in totality. (Typically, the RBI’s income comes from the returns it earns on its Foreign Currency Assets (FCAs) in the form of bonds and Treasury Bills of other central banks as also earnings from holding of domestic bonds and securities.)

In 2016-17, the amount dipped due to steep increase in cost of printing notes courtesy the November 2016 demonetisation and some provision for transfer to contingency reserve, a risk buffer to tackle contingencies.

The second part, about Rs 53,000 crore, is the excess of the realised equity capital, which is the difference between the current 6.8 per cent of the assets and minimum Contingency Reserves needed to be kept as risk buffer. This threshold is fixed at 5.5 per cent being the lower end of the 5.5-6.5 per cent range recommended by the Dr Bimal Jalan Committee on Economic Capital Framework (ECF).

The committee was set up by the RBI late last year in the wake of a raging controversy over the quantum of surplus transfer with the mandarins in the Finance Ministry gunning for a major slice of its reserves citing global benchmark (according to former Chief Economic Adviser, Arvind Subramanian, the quantum identified as excess and hence transferable to the Centre could be a high of about Rs 300,000 crore) and the then RBI Governor Urjit Patel refusing to yield. This was a major factor leading to the resignation of Patel.

Clearly, the transfer is not something which RBI was bulldozed into giving as alleged in some quarters. It is based on the recommendations of the Jalan Committee which considered all relevant factors — including potential threats from financial shocks, the need to ensure financial stability and provide confidence to the markets — before arriving at the threshold of 5.5- 6.5 per cent. Some critics have objected to using 5.5 per cent instead of the upper end 6.5 per cent (if, the RBI had used 6.5 per cent, the transferable amount would have been lower by about Rs 42,000 crore, which corresponds to extra one per cent of the assets having to go to the Contingency Reserve).

This criticism does not hold water as the calculation in no way violates the committee’s prescribed range and the RBI is well within its right to pick up any figure as long as it falls within it. Even so, a Rs 53,000 crore surplus, computed at 5.5 per cent being transferred from out of existing reserves is one-sixth of the amount which the Finance Ministry was looking for. More importantly, the RBI now has an institutionalised mechanism to prevent the Centre from grabbing as much as it wishes. For 2019-20, even if the threshold is retained at 5.5 per cent, an increase in balance sheet size by itself will force the bank to set aside some funds from the surplus generated during the year to comply with the Contingency Reserve requirement.

In case, the RBI board decides to go for provisioning at 6.5 per cent, then it might as well use a bigger slice or the whole of the surplus for Contingency Reserve compliance, leaving very little or nothing for transfer to the Centre.

The ECF will remain in force for five years (any prior review could be done only under extreme circumstances say, global turbulence or domestic financial crisis) which imparts a degree of stability to the mechanism. Besides, other recommendations of the committee, like doing away with the practice of interim dividend and changing the accounting year of the RBI to make it synchronous with that of the Centre, will also help in bringing better control and discipline in the financial transactions between the two.

To sum up, the protracted tussle between the RBI and the Centre over the surplus transfer by the former has ended up clipping the latter’s wings.

Not only has the Government’s hope of garnering a big slice of the bank’s accumulated reserves been dashed, for the future, being bound to the ECF, the RBI will continue to keep a tight leash on surplus transfer. That should end misconception, if any, in the mind of mandarins in the Finance Ministry that they could use the apex bank as a milch cow to plug its ballooning fiscal deficit.

The message is loud and clear. Instead of banking on easy options such as surplus funds from its undertakings (often extracted as special dividend, or divestment of shares at huge premium), recourse to Extra-Budgetary Resources or deferment of payments etc, the Centre should concentrate on making credible efforts to manage its fiscal health. It should carry out reforms in critical sectors such as food, fertilisers, fuel and electricity to improve efficiencies, reduce cost and rein in diversion of funds. It also needs to implement tax reforms to plug leakages and boost collection.

Customer protection must be overhauled

The Goldman Sach report in 2007/8 predicted the Chinese economy

It is time for the people to question the Government,

The draft notification should have brought in tougher measures but